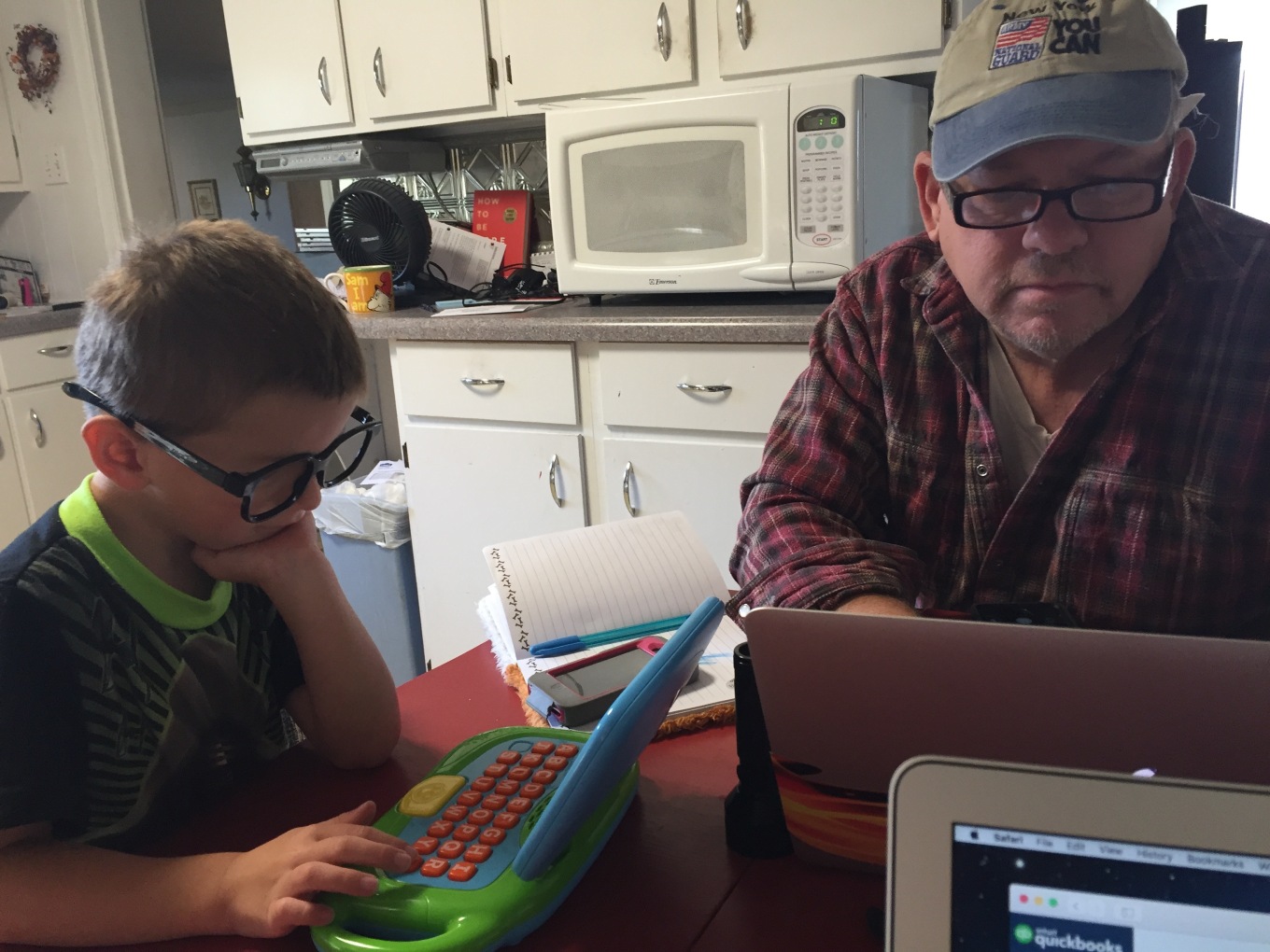 When you’re writing a book you write the first draft for yourself. Just have fun and let it flow. All  the drafts after that prepare the book to benefit others. Writing is in the rewrite. We have developed quite a writing team at our house. I rough draft, then Sam makes it flow through the pages, then it’s back to me for final polish like punctuation and spelling. One day we were working at the table and Anthony came in with his pad, iPhone, toy computer and sat down with us and I snapped this picture. He’s now our research writer and is thinking about taking a position in the publicity department. Ha – Ha! Who knows what he will become hanging out with us.

Our book launch will feature awesome grandmother products, hors d’oeuvres, a women’s resource area and lots of fun with other women as well as a signed copy from author Debra Susan Bowman. Come as you are, relax, see old friends and make new ones. It’s always good to meet an old friend for the first time: April 29th, 2-4, at Southview Church, Kokomo, Indiana.