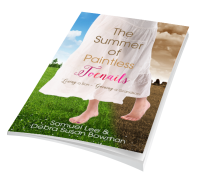 Over two million grandmothers are re-mothering a new generation of whole, happy and healthy grandchildren. Join the movement! Meet author Debra Susan Bowman as she launches her new book: The Summer of Paintless Toenails: Losing a son, gaining a grandson.  Coming to Kokomo, April 29th. To learn more visit: awesomegrandmothers.org  Click on book launch to see an awesome video.