“A mother is not made so much in the birth of a child as in what she births in the child.”  Debra Susan Bowman 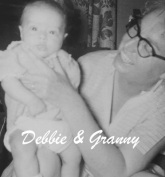 Mother’s day should not be so much about how the kids turn out, but about turning out for the mother (grandmother) who gives so much. A true (grand)mother gives her time, her finances, her attention, her toil, her hopes and dreams, in short, she gives whatever it takes for the children to have the opportunity to grow up whole, healthy and happy, even if, and especially if, it is her children’s children.

Today is mothers day. What a great day to celebrate all that a mother is. But, today is a sad day for many grandmothers. From the moment Eve had Cain children have not always made choices that honored their mother. But let’s not make being a mother about what the kids do with the life they are given.  Let’s make it about honoring the mother, or grandmother, who gives them the life they have. Let’s make it a time to be thankful for all the effort a mother (In this day and age a grandmother) who gives so much in the parenting, or reparenting, of another generation, where mom has gone absent.

So, grandmother, take a twenty four hour vacation from all you worry about, and just relax. For today, for this twenty four hours, set it aside to celebrate what you do for the other 24/7 – 364, lets turn out for all the grandmothers and say a big, huge, thank you.

You are loved! You are saving a generation. Their children are your children. Celebrate the opportunity to reparent and you will receive the greatest joy a mother can have; to save a child, to grow a child, so they might be all they should be for their child.